Back to all posts

A Little Bit About My Life and Music

A Little Bit About My Life and Music
I was born in Brownsville, Brooklyn, New York. At 5 years old, my family moved to the 'suburbs' LOL ... Queens, New York, where I grew up and lived till 20. 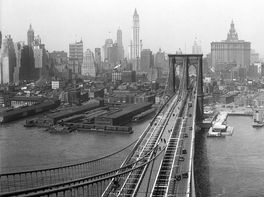 We were SERIOUSLY dirt poor! My father was essentially unemployable. He was smart ... and an artist. To make money, he wound up doing the lettering and an occasional graphic on Superman comic books.  He shoulda stuck with it ... but he was able to make more money selling Encyclopedias and Cemetery plots door-to-door. My mother had her hands (more than) full raising me and my younger sister.
The neighborhoods we lived in in Queens were majority affluent black. From elementary through High School, I would guess it was 70/30 black/white. The black kids most often lived in private homes with back yards, while I lived in a 'Garden Apartment' ... where I had to sleep on the living room sofa!?! I often joke about this but - I SWEAR IT IS TRUE - I was not aware that blacks in America were having such a grievous experience till I got to college!
Well, no wonder that my first musical idols were the black girl groups of the early 60s (the Shirelles, the Marvelettes, ... ) ... nor that I married an African-American woman. 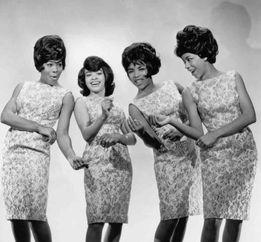 My mother and father were both musicians. My mother played the piano and my father play the guitar. I tend to say that 'I never took any music lessons'. That is accurate in some sense, yet, every day was a music lesson for me. I can not read or write music but, listening to my parents play, and occasionally asking them what they were doing, developed my ears and my understanding of music theory.
By college age, my exposure to the larger world grew. I discovered white people and white culture LOL. As my musical and cultural exposure grew, my musical heroes became a little more normative for a white kid in the US -  Jimi Hendrix, The Stones, Beatles, Bob Dylan and the Band.
I played in rock groups from 13 through 28, mostly the bass. Like Paul McCartney of the Beatles (who was originally a guitar player with the Beatles), I wound up playing bass because - no one else would or could! 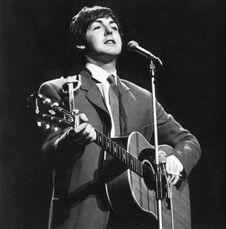 After college, I traveled in Europe and was exposed, for the first time to music from other parts of the world (Greece, Turkey, Spain, ...). I was shocked by how soulful the Greek kids were playing their Bouzoukis. Same with Spanish kids playing Flamenco.
The rest of my musical career is predictable. Little-by-little, I started to bring together all of my early musical influences - R&B, Rock, Mediterranean, etc.
It's not easy! - but it sure is a lot of fun!
Eric 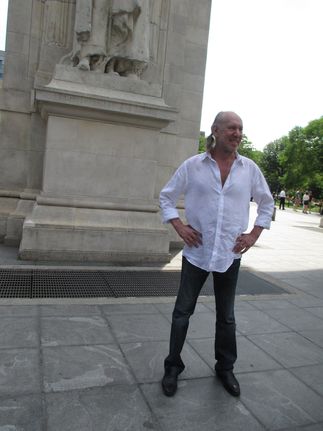